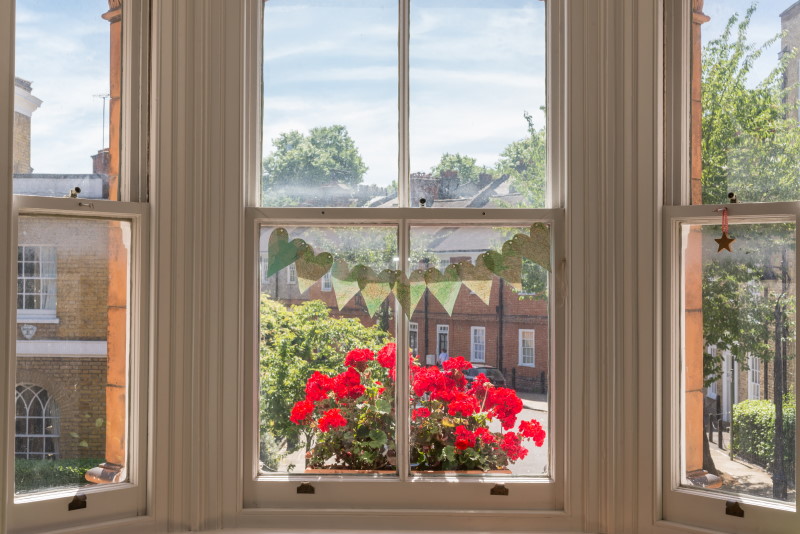 What you need to know about sash windows

Wooden sash windows have been a feature of properties since the 17th century and are still desirable today. In Conservation Areas of the North East, it is often a requirement to replace sash windows that have rotted away with new versions. This all depends on the rules and age of the homes in the area. While some uPVC versions are accepted, other Conservation Areas stipulate wooden sash windows. As they outlast their plastic rivals, we would always recommend timber versions made using traditional methods. The glazing itself can be hand-cut double glazing which means sash window can be very energy efficient, despite some preconceptions from some.

What is a sash window?

Sash windows get their name from the ‘sashes’, or sliding panels, that sit inside the wooden frame. The upper and lower panels can move up or down to create ventilation. Single-hung sash windows only allow the lower panel to move up, while double-hung versions allow both panels to move and are more popular on older buildings. There are also box sash windows, which are heavier and more likely to be found in stately homes. Homes with sash windows benefit from greater airflow than their hinged relatives, which are found in modern houses.

How do they work?

If you have sash windows in your home, you have a very cleverly designed system that dates back to the 1670s. They continued to be popular over hundreds of years and are often found in Georgian and Victorian houses. The windows include a pulley system, counterweights and heavy-duty cords. Hidden weights inside the frame allow either one or both of the sashes to remain in the open position when moved. Most slide vertically, but there are some rare versions that slide horizontally.

As we have already mentioned, sash windows have been used for centuries. As a result, there are many different styles and designs. Those from the Georgian era, such 5 Ravensworth Terrace in Newcastle which was the focus of a BBC documentary, feature sash windows with six smaller panes of glass. Victorian sash windows are most likely to feature large panes of glass. You will have to ensure that if you change your windows they meet Conservation Area rules or you may be forced to change them. Speak to us about visiting your property and we can design traditional timber-framed sash windows that will fit in perfectly.

Why should I choose timber?

Timber frame sash windows will outlast uPVC and wood is less susceptible to discolouring. Although it may cost a little more for wooden sash windows, it’s a worthwhile investment as they stand the test of time. Some conservation areas insist on replacing like for like, so check the rules in your area or you may fall foul of the rules if you use plastic. Accoya® wood is a sustainable and cost effective wood that is perfect for sash windows. If you have sash windows that need replacing, we’d love to hear from you. Contact us today to talk about how we make bespoke sash windows for all types of buildings.